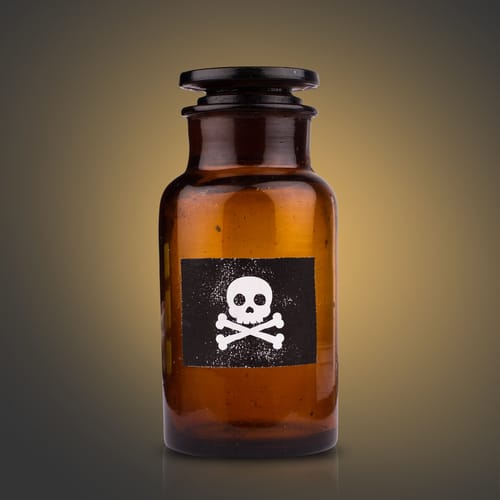 People turn to artificial sweeteners for a number of different reasons, usually in an attempt to quit sugar or as part of a diet. Even more often, people consume artificial sweeteners without their full knowledge when eating processed foods they may not even know contain artificial ingredients. Many of these sweeteners have been proven specifically harmful to health, including some of those that have met with the approval of the FDA, or Federal Drug Administration.

Sugar Substitutes Approved by the FDA

Aspartame – Interestingly enough, Aspartame is sweeter than sucrose (what we call table sugar) by around three hundred times, and likewise contains many times more Calories. Because of how much sweeter it is, however, the quantity needed to produce a sweet taste is negligible to consumers. Although Aspartame has been subject to a plethora of internet hoaxes detailing its negative effects, it is actually the most widely researched and tested artificial sweetener and has been met with approval by health agencies around the world. Nonetheless, consumers have consistently reported migraines as a side-effect of the consumption of aspartame, and aspartame is likewise known to be dangerous for persons suffering from phenylketonuria, a disease in which the body is unable to break down the amino acid phenylalanine.

Neotame – Certainly not one of the big names in the artificial sweetener industry, neotame is produced by the same corporation that makes aspartame and is therefore subject to what many might call an unfair bias. In this case, a bias which may be justified, as its chemical structure is indeed very near to that of aspartame. Only very recently approved by the FDA, further study may still be required, because although users have not yet reported any negative side-effects, this may only be a function of the infinitesimally small quantities present in most products. Neotame’s structure is more stable than that of aspartame and therefore may also be present in baked goods.

Acesulfame Potassium – Also called Acesulfame K, although this sweetener has been approved by the FDA, considerably less tests have been conducted to prove its harmlessness. Concerns have been expressed about Acesulfame K as a possible carcinogen, with one rodent study even backing up this claim. Additionally, there has been some research to support the claim that the sweetener affects prenatal development, particularly affecting preferences in sweet foods after birth. Acesulfame is also many times sweeter than sucrose, but unlike aspartame, it stands up to heat well. This means consumers should look out for the compound in baked goods in which artificial sweeteners are used.

Sucralose – Almost three times as sweet as aspartame, sucralose is another sweetener that has been consistently approved by health agencies despite large-scale speculation to the contrary. Concerns based on animal studies that have been raised over sucralose have included influencing gastrointestinal acidity and having a potential affect on the tiny microorganisms that live inside our large intestines. Other concerns include a possible link to weight gain and obesity. Watch out for sucralose in products with a long shelf-life, as it is a sweetener whose breakdown is unaffected by long periods.

D-Tagatose – This is one of the newest additions to the FDA’s approval list and thus may require more testing to ascertain possible health issues. In the meanwhile, D-Tagatose has been touted as the artificial sweetener of choice for diabetics, and has even been considered as part of a future treatment option for the disease, as some studies have shown it to aid in absorption of glucose into the blood stream.

Saccharin – Also many times sweeter than normal sugar, saccharin has the unpleasant difference of having a strong metallic aftertaste and thus are often combined with other artificial sweeteners. This bears keeping in mind for those attempting to avoid artificial sweeteners, as where saccharin is found, surely other artificial substances are present as well. Worryingly, there have been many studies conducted that show the negative health effects of saccharin, the most prominent of which is bladder cancer, on rodents. Saccharin maintains its FDA approval due to later studies disputing the link between its ability to cause cancer in rodents and its ability to cause cancer in humans – these studies claim that the differences in intestinal acidity between the two make this compound safe for human consumption. Products with saccharin have required the use of warning labels in the past, but examining the history behind the removal of these requirements may point in large part to commercial industry’s influence on the decision, therefore calling into question how much one can really believe the apparent scientific conclusions.

Not Allowed for Use in the USA

Neohesperidine Dihydrochalcone – Prized for its ability to mark the bitter undertones in citrus fruit, it is used more as a flavor enhancer than as a sweetener and can also be found enhancing the flavors of medicines and bitter foods. It is not allowed for use in the US, although it is used legally in the European Union. The associated health concerns include inducing nausea and migraines when ingested in large amounts – this data seems to be mostly undisputed.

Common Brand Names: Not sold by itself

Cyclamate – This compound is actually banned form use in the United States as a result of being believed to cause cancer, a belief that was backed up by several laboratory tests on rodents and primates. While that is no longer the accepted belief, it is still believed to be a catalyst for several other carcinogenic compounds and for that reason remains banned. Nonetheless, many other countries continue to use the sweetener and no serious degenerative health effects have been reported in humans thus far.