Harlan Kilstein’s The Many Forms Of Sugar

Regardless of what your diet choices are, knowing about hidden sugars – and the different packaging gimmicks that can be used to obscure exactly how much sugar is going into your processed food – is an important step in staying informed about what exactly you are putting into your body. This list is meant to familiarize you with some of the alternative names for sugars and sweeteners, as well as giving you some background into where what you’re eating comes from.

Non-Cane Sugars – All Forbidden On Keto

Beet Sugar – Accounting for about a fifth of the world’s sugar production, the Sugar Beet’s root holds a high sucrose concentration.

Carob Syrup – Made from the carob plant which is naturally sweet, carob syrup can be used as a one-to-one substitute for chocolate in baking, and contains a host of healthy nutrients, as well as a whole lot of Calcium.

Coconut Palm Sugar – Advertised by many companies as being a healthier alternative to normal sugar, this sugar comes from the flowers of the coconut tree, meaning that it doesn’t contain most of the beneficial nutrients that are present in coconuts in any meaningful quantities.

Palm Sugar – Only slightly different from coconut palm sugar although no more beneficial nutritionally, this is made from the sap of palm trees, through an evaporation process.

Date Sugar – A good alternative to refined sugars, date sugar is made from ground dates and retain some of their grit from the fibers present in the date. Dates are a treasure of trove important vitamins and this is indeed a good alternative sweetener.

Sweet Sorghum – A variety of grass with a high sugar content, used for obtaining sugar in a process similar to that of sugarcane. Also available as a syrup, especially in the Southern United States. 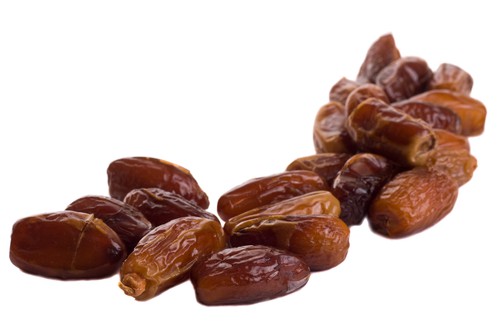 The Many Forms of Refined Sugarcane

Molasses – Also called “black treacle,” or just “treacle,” or “syrup,” this is a black gooey byproduct of refining sugarcane, and is used in the production of brown sugars.

Brown Sugar – Often used to give flavor to various baked goods. Although it contains fewer Calories than white sugar, be aware that it packs more densely and therefore may actually contain more Calories when measured by volume.

Free-flowing Brown Sugar – This is simply white sugar with an added caramel color, as opposed to regular brown sugar which contains molasses.

Raw Sugar – Although its name may suggest otherwise, raw sugar is processed, though not nearly as much as other sugars. It is most similar to brown sugar, but without the added molasses, though it does still have a light brown color.

Cane Juice – This is the raw juice that comes from pressing sugarcane. Although it is consumed as is in many parts of the world, its unprocessed for has been known to transmit disease and should be treated with caution.

Cane Juice Crystals – Cane juice after it has been filtered, evaporated, and crystalized. The nutritional values are almost the same as those of regular white sugar.

Cane Sugar – Distinct from regular refined sugar by the shorter refinement process, which does not include the removal of all non-sugar products from the sugar crystals.

Dehydrated Cane Juice – Evaporated cane juice which can further be processed to creat cane juice crystals. Should be used with the same caution as cane juice.

Panocha – Also called piloncillo and used in New Mexico and Colorado, this is just a form of evaporated sugar cane.

Demerera Sugar – Originating in Guyana (formerly known as Demerara), this is not just a lighter form of brown sugar as some people assume. Demerara is more lightly processed cane sugar, and unlike brown sugar doesn’t have added molasses.

Barbados Sugar – Also called Mucovado Sugar, this sticky brown sugar is minimally processed and retains more of the vitamins present in the sugar cane plant. Compared to other forms of brown sugar it has a higher molasses content and is thus darker and coarser, and is also the ingredient which, when fermented gives rum its distinct flavor.

Turbinado Sugar – This is similar to Muscovado sugar, but its name comes from the process used to make it; it is refined in large turbines, which accounts for its crystals being larger than those of regular Muscovado sugar. 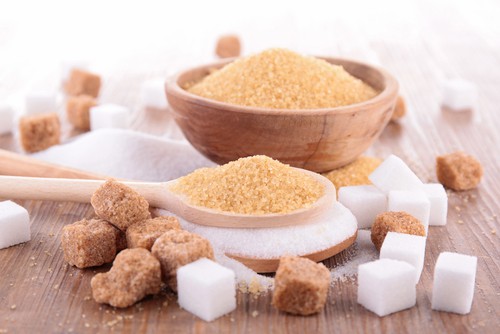 High Fructose Corn Syrup (HFCS) – This is a big one. Although the Food and Drug Administration has now declared HFCS to be a safe ingredient, as it was previously thought to have negative health side-effects, HFCS is still highly linked to obesity, especially when it is used to sweeten soft drinks and other junk food. It continues to be common in these kinds of foods because of the ease with which it is handled and produced commercially.

Corn Sugar – Often used as an alternative name for high fructose corn syrup (HFCS) by companies who use it in their product in attempt to distance themselves from the bad press given to HFCS. It is also a misnomer, as corn sugar is another name for dextrose, which is a sugar byproduct of corn.

Corn Sweetener – This is a more general name which encompasses all the sugar substitutes that are produced from corn.

Corn Syrup – This is not the same as high fructose corn syrup, and is also known as glucose syrup. It is often used in baked goods to enhance flavor and add volume.

Corn Syrup Solids – Dried corn syrup used in a variety of products, ranging from sausages to coffee creamers, as a binding agent and to add volume and sweetness. 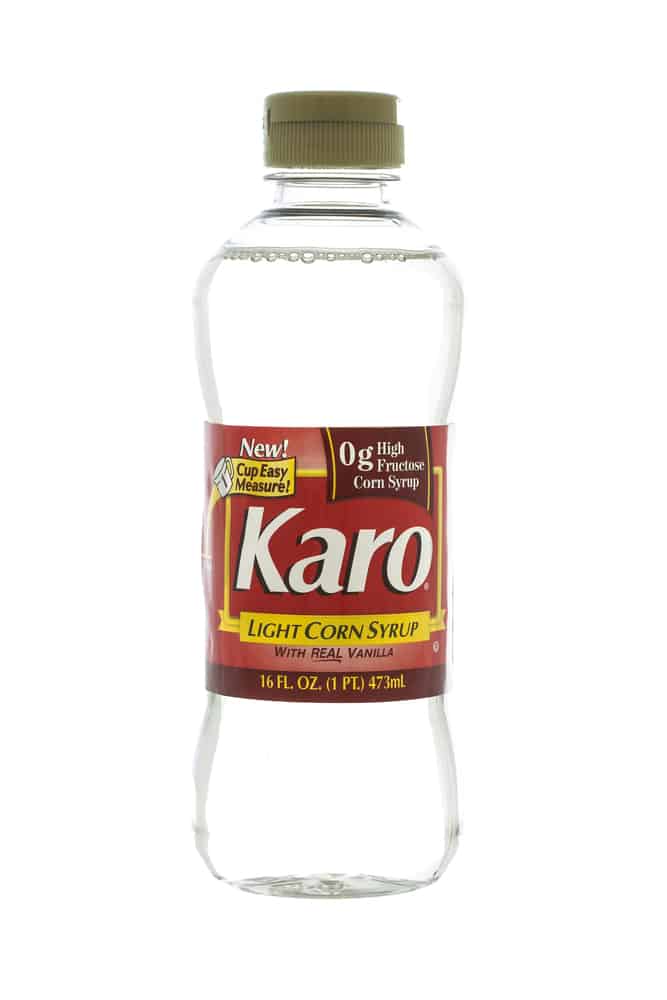 Agave Nectar – Sweeter and runnier than honey, agave nectar (also called agave syrup) is extracted from the leaves of the agave plant, and has even more calories per volume than regular table sugar.

Barley Malt – Produced by allowing grains of barely to germinate and then halting the process by drying them, a process in which the grains’ starch is converted into sugars. Watch out for barley malt in beer and whiskey, as well as malted confections like Whoppers or Maltesers.

Honey – Often flaunted as being more “organic,” or more healthy than normal sugar, it bears noting that honey has no particular nutritional value and is by no means a low-calories substitute for sugar.

Malt Syrup – Created by the process of “malting,” or the germination and subsequent drying of grains, which converts some of the starch in the grain into sugars.

Maple Syrup – Made by harvesting and boiling the sap of maple trees, maple syrup is also by no means a low-calorie sugar alternative.

Rice Syrup – Often used in processed foods as an alternative to sugar or HFCS, it actually contains more calories and will cause you blood sugar to spike more quickly. This is not a good alternative sweetener.

Fruit Juice – It bears mentioning that fruit juice can be just as sugary as a soft drink, and unlike eating an actual fruit, is not a good source of vitamins or other nutrients. 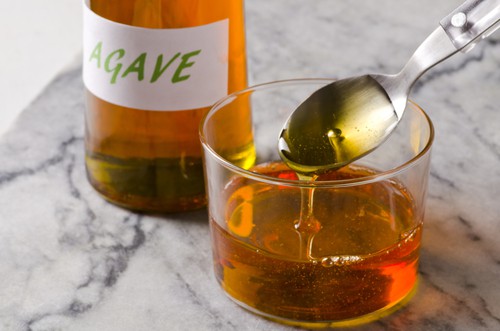 Scientific Names of Sugar – Watch Out!

Some of the Scientific Names to Watch Out For

Sucrose – More commonly called “table sugar,” or “white sugar,” this is the good old sugar we all know so well.

Saccharose – An obsolete name for sucrose, just another way to hide sugar in products.

Glucose Solids – Similar to HFCS, these can be used to add volume and sweeten foods. The production process is also similar.

Fructose – Also known as “fruit sugar,” research has linked fructose to obesity as well as to Type 2 Diabetes. Look for this in fruit-based products and also as an artificial sweetener.

Dextrose – Watch out for dextrose in products with food coloring, or as a preservative agent in baked goods. Formed from starches which have been broken down into sugars, it is really just another form of glucose.

Maltodextrin – Found as a texturizing agent in products ranging from peanut butter to beer.

Maltol – An organic compound used as a flavor enhancer in baked goods.

Mannose – Most commonly used in its processed form in ice-cream, as it helps retain texture and keeps it from melting. 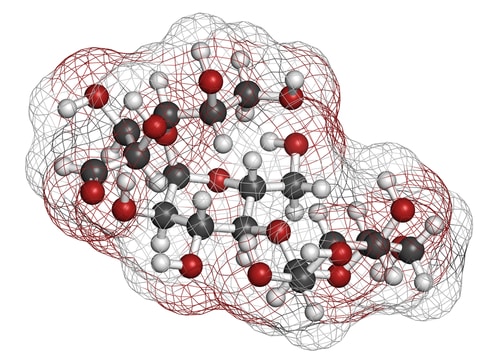 Some Alternative Forms of Sugar

Castor Sugar – This is normal white sugar that has been ground into smaller granules, usually called for in meringues and other such sweets.

Invert Sugar – Created by a process of splitting sucrose into its component glucose and fructose, this is often used in candy-making as a regulator of crystallization.

Golden Syrup – Also made by splitting sucrose into its components, glucose and fructose. Also called light treacle or Refiner’s Syrup, this is a type of invert sugar.

Buttered Syrup – Milk, sugar, butter, and a touch of vanilla, definitely not a calorie-friendly choice.

Warning: Xylitol Is Very Dangerous To Your Dogs